Armature studies are prepared for large sculptures, for asymmetrical ones, for those having an off-centre of gravity, or for those which will be eventually mounted outdoors.
The armature is drawn up by an engineer who does the project himself or who checks the one which is created in the Foundry.
The armature has to ensure the sculpture’s absolute stability in each and every possible situation.
Sometimes, more than the armature itself, technical solutions have to be found for particular settings or arrangements, whether temporary or permanent.

The Ivan Theimer sculptures installed on the A83 Nantes-Niort Motorway near the Vallée du Lay close to Sainte-Hermine (called ‘Les Portes pour la Vandée’) needed a particularly impressive armature; one of the worst problems that had to be faced was the wind that could, and still can, reach 200 km in that area.
The four turtles with four columns arising out of them (almost eight metres high) required the planning of a specific armature in aisi 316l stainless steel. This branches out from the bottom of the turtles’ paws right up to the top of the columns and is held firmly in place by set screws in reinforced concrete foundation plinths.

The armature for the sculpture dedicated to Ayrton Senna (“Magic Senna”, see p. 276), realized by Richard Brixel on the tenth anniversary of the pilot’s death, was conceived by Massimo Del Chiaro. The unusual feature of this armature is its branching out over the whole sculpture from inside the front wheels right up to the flag pole; even the flag has its own inner steel structure.

Francesco Martani’s monument dedicated to Guglielmo Marconi, ‘Dialogo’, posed yet another problem: apart from the armature, the research, the planning and the insertion inside the ‘globe’, of a complex, computerized electrical system for the illumination by night of the sculpture. 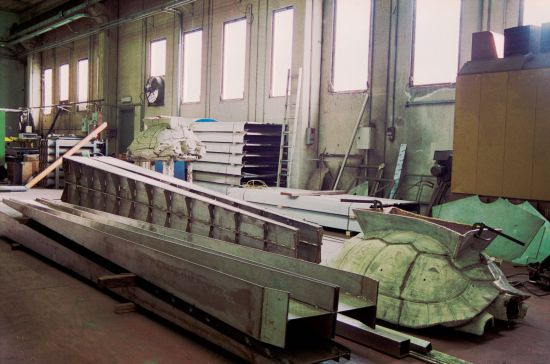 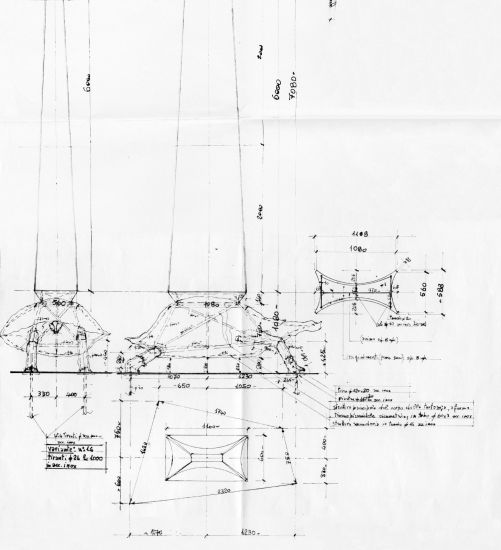 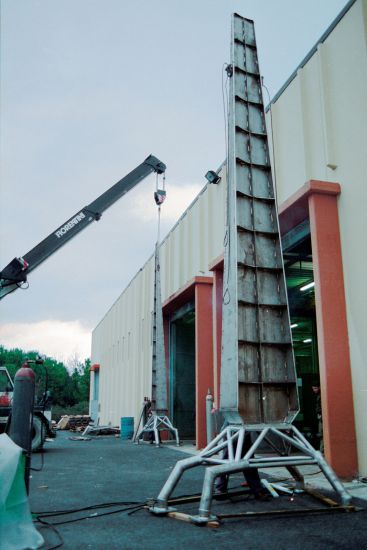 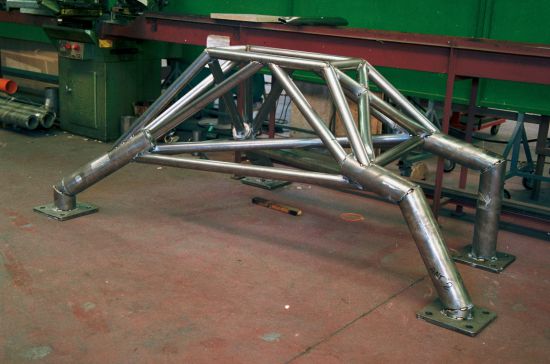 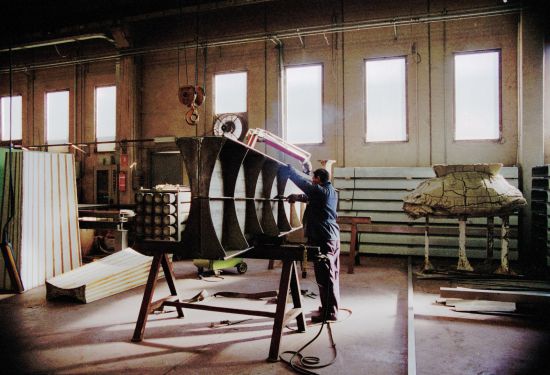 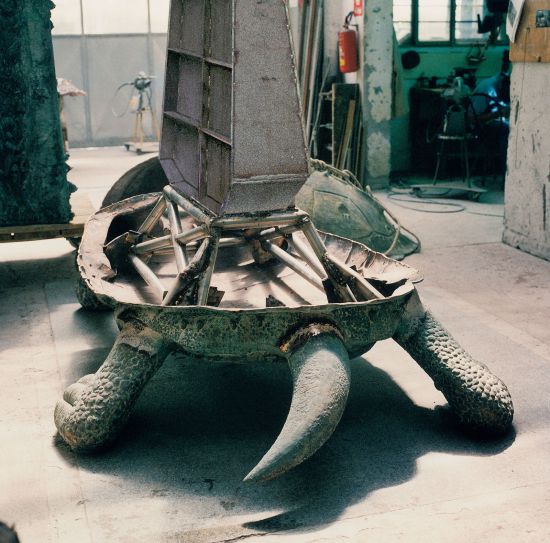 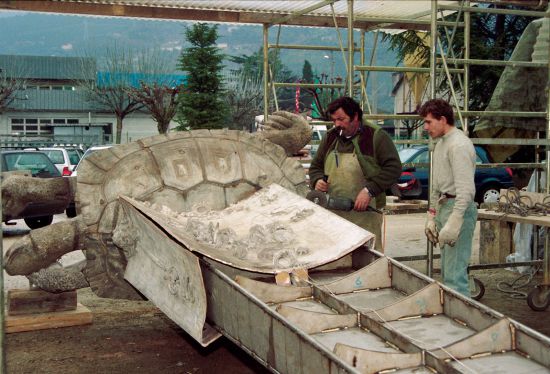 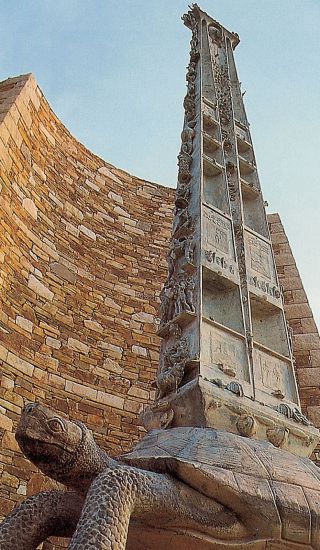 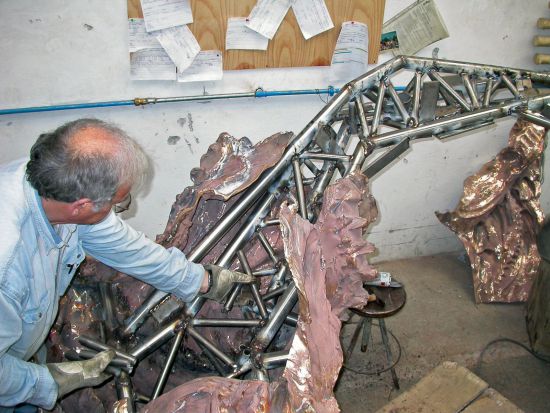 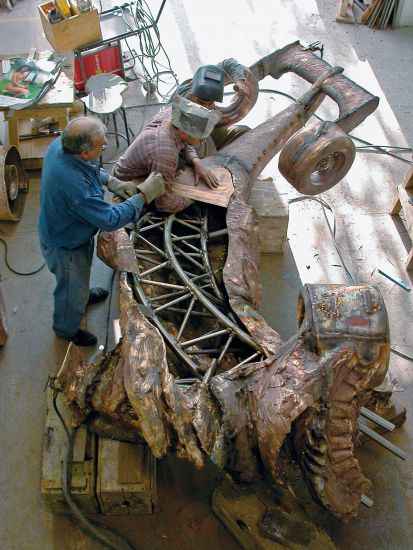 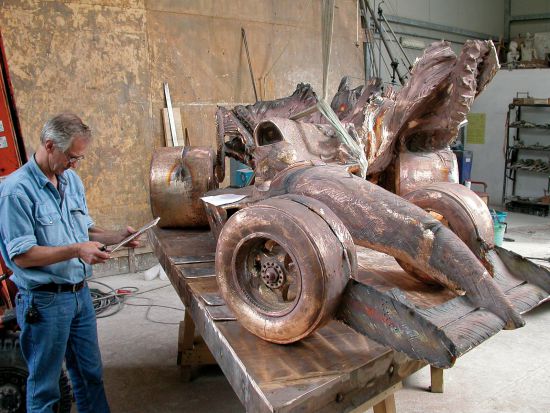 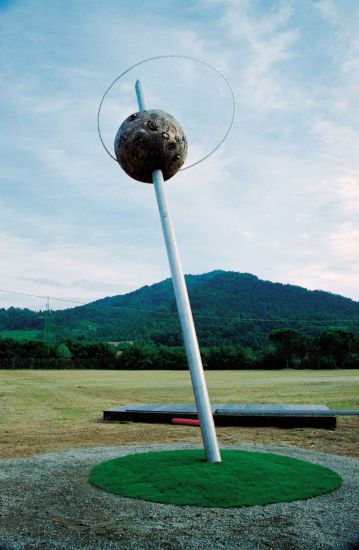 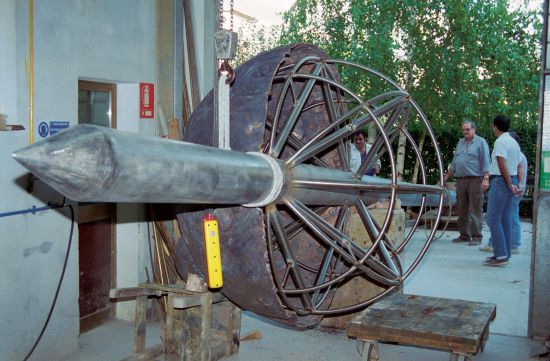 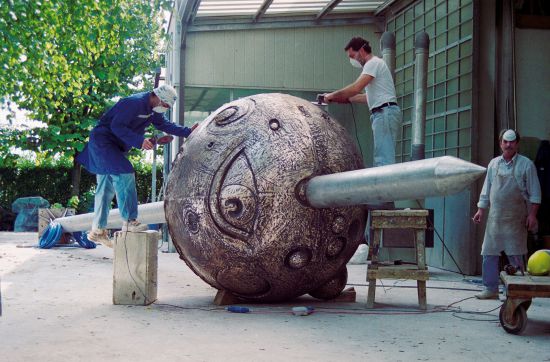 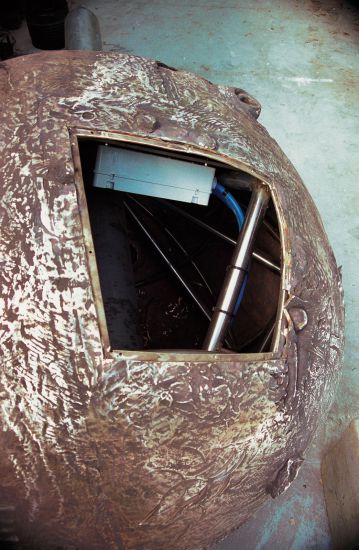 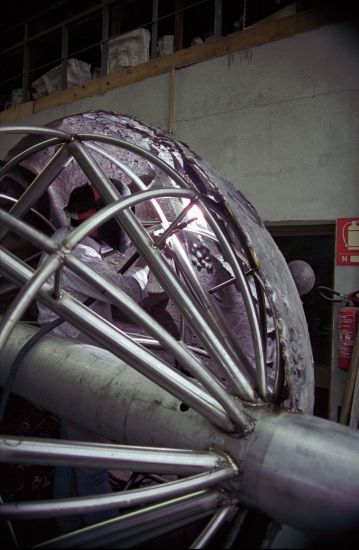