Inside each single component of the negative mold, the craftsman spreads a layer of wax, after which the form is closed and the inside of the refractory (called the “core”) is filled up; at this stage, the mold is broken down (first the plaster and then the rubber) so that the wax reproduction can finally emerge. After examining it, the craftsman removes any imperfections left over, and then the artist adds his final touch to it.
A wax sculpture is not always visible as a whole. It depends on its size (e.g. the figure of Umlauf) and on its complexity (e.g. Romano’s ‘Medusa’).
Sometimes, after its original copy, the entire work of art will be able to be seen only in bronze.
The craftsman puts the pouring channels, or sprues, on the original wax copy (reed and/or wax pipes); the positioning of these pouring channels is an extremely difficult task, fundamental for achieving a perfect cast: in other words, it has to ensure that the metal reaches even the smallest cracks and holes.

Once the pouring channels have been out into place, it must all be covered with the refractory so that the sculpture takes on the shape of a mold, and the refractory perfectly takes the impression of the wax, thereby becoming the sculpture’s matrix. The refractory ‘mold’ is fired in the kiln for several days and in fact, it is in this period that the wax goes up in smoke (in other words, it loses itself, an expression from which the definition “lost-wax process” is derived). The pourings burn up, too, leaving the channels in their place which the metal will pass through to reach the empty or void spaces left by the wax. This is the original lost-wax casting process that is different from other methods and technologies, such as sand casting flask and shell casting. The latter method, invented in the US for the arms’ industry, has been re-adapted for use in art castings.
Until twenty-five years ago, kilns were made of terracotta bricks, and they were walled up and torn down every time they were put to use, depending on the size of the sculptures; in other words, they were built each time in order to enclose the refractory molds. It was like building and destroying a small house each time. When this phase of work had to be carried out, work shifts had to be organized to reach a productive cycle of 12-14 hours, beginning at dawn and finishing late in the evening.
The kiln that had just completed the firing of the refractory molds had to be taken down (after days and days of hard work), the molds taken out and replaced with those that still needed firing; and then once again, the new kiln had to be rebuilt around the new molds.
In 1983, Massimo Del Chiaro planned a kiln that was similar to the one used for pottery, though three times as large, which could completely avoid the building and destruction of its walls and “roof”. Nowadays, the whole process takes only eight hours.
The phase of replacing the molds is particularly delicate as the fired refractory is extremely fragile. 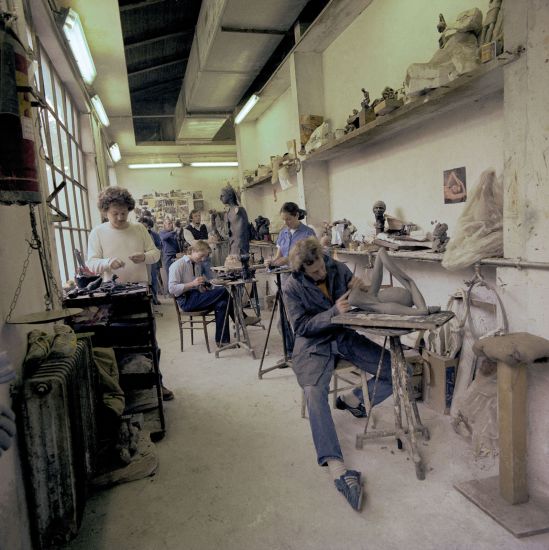 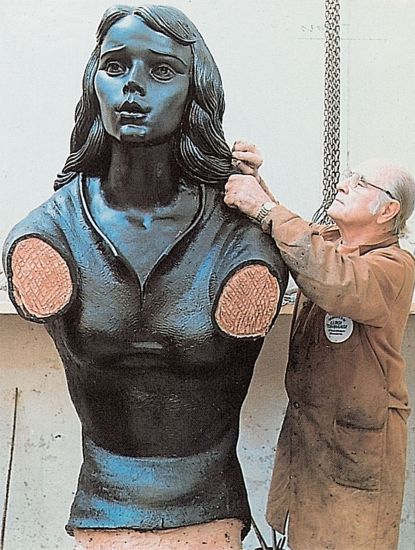 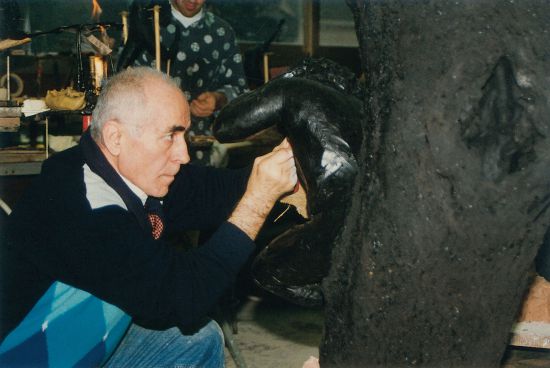 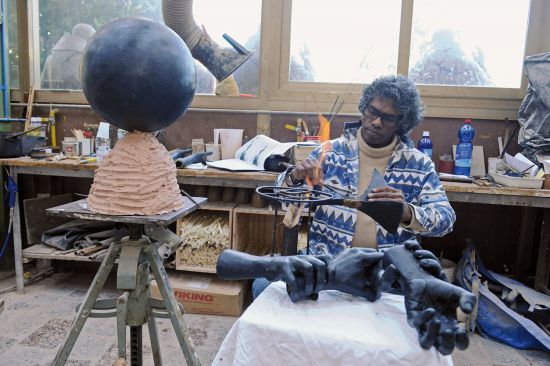 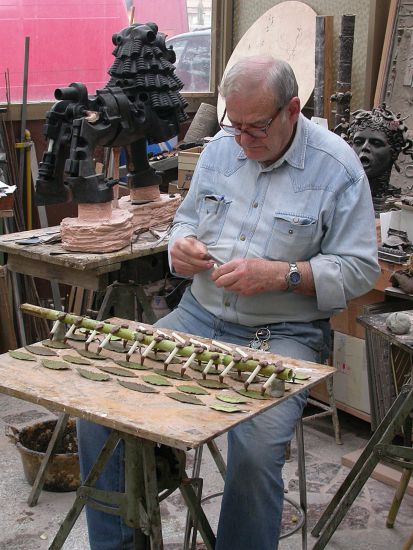 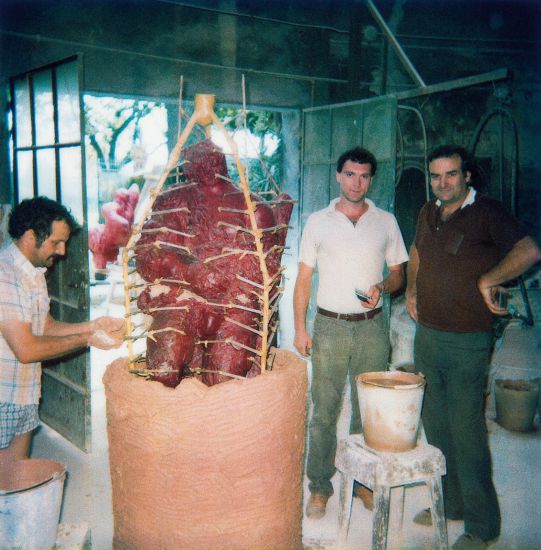 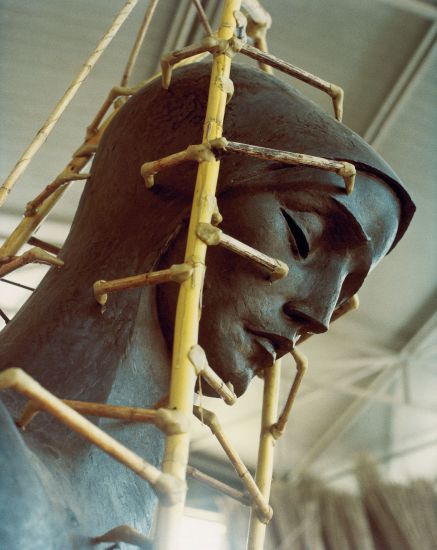 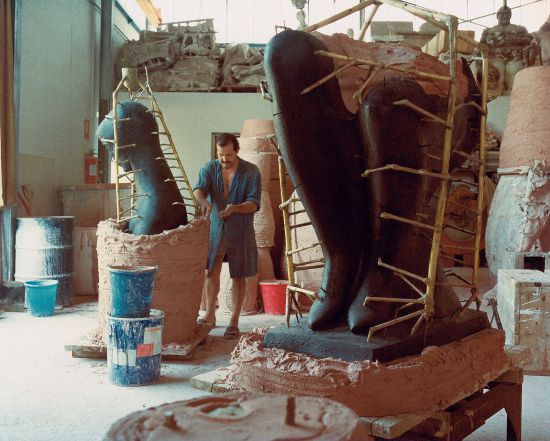 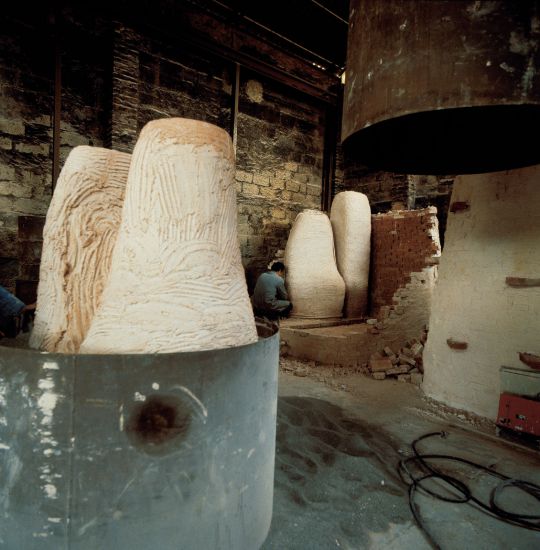 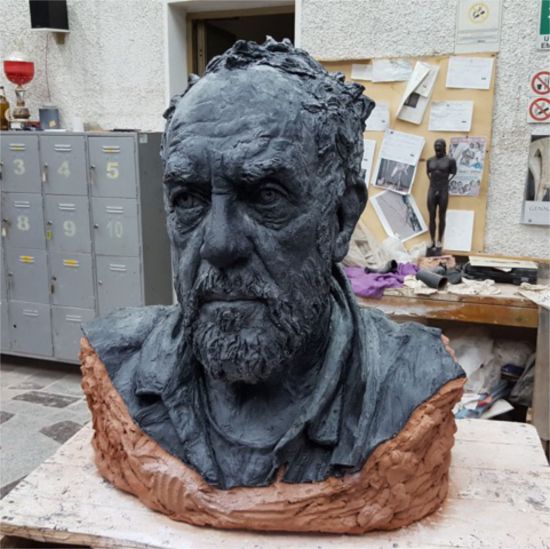